A Big Shout-out to Socialism! 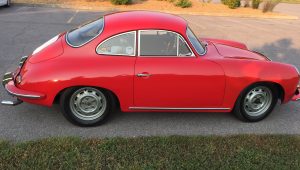 A big shout out to socialism

Today I want to thank the socialists and union members for bringing us a holiday today on Labor Day. I have been enjoying the benefits of socialism all weekend.

I stopped to get some gas at the MFA station. MFA is the Missouri Farmers Association. It started as a Farmers Coop and is still member owned. It owns gas stations, tire stores, farm service business units, and spun off its insurance company , Shelter Insurance, as a mutual insurance company many years ago.

I put gas in my Chevrolet, which was made possible by the massive investment the Obama administration made on behalf of all Americans and American taxpayers in GM when it was about to crash. Depending on who you ask, the government, representing all Americans, got back almost all of our investment, or we made money on the deal.

I stopped to get a few groceries at HyVee, which is an employee owned company The original owners did an employee buyout many years ago. The people who work there own the company. I bought some fair trade coffee that came from a farmers Coop in Central America that grows shade produced organic coffee. I bought butter that comes from the Land O Lakes creamery, which is a Coop owned by the dairy farmers who produce the milk that makes the butter. I bought some apples from a grower Coop from Washington. They looked pretty good.

Then I stopped at the Farmer’s Market to get a few things. The Farmer’s Market is a Coop of a core group of the farmers and producers who sell things there. It is held on property that belongs to the city, so to all of us. And they even accept food stamps, which is a program all of us support with tax dollars so that low income neighbors can get access to good quality fresh grown local foods. We are glad to help our neighbors during a big catastrophe. So why not help them with little catastrophes, like not having a delicious, nutritious meal.

On the way I drove on roads that are maintained by the state, the county and the local city using tax dollars and fee income to give all of us an easy ride to wherever we are going. The road programs create decent jobs for my neighbors who work on the roads.I am glad to help make that happen. I stopped at a few traffic lights. Traffic lights required all of us to give up a certain amount of freedom of choice and agree as a society that red is stop, yellow is step on the gas, and green is go. There are a few stop lights that don’t seem in the right place, but on the whole I accept this socialist construct regarding traffic. It has kept me out of more than a few wrecks.

I double checked to make sure my automobile insurance card was in my glove compartment. It reminded me that I and all the other drivers on the road pay into a variety of pools that allow any single one of us to get our medical bills paid and our cars repaired if we do get into a wreck. I have had to file a few claims in my lifetime and I appreciated the payout.

I stopped to walk in the park and it was a very nice stroll. The park belongs to the city, so to all the citizens. We support it and the people who work for the parks department with a ½ of a percent sales tax. I think that is one heck of a good investment and spreads the costs out pretty nicely. I’d be glad to pay a full one percent and have more parks. They make the quality of life much better for all of us.

I got home and turned on the lights in the kitchen. The city owns the electric utility, so it is run as service for the community and we all have a say in how it is run. I rinsed off my apples using the municipal water coming from my faucet. Because it is a city owned, publicly owned enterprise and because there are regulations from local and federal governments, that represent us, demanding that water suppliers report contaminants, I know what is in my water and can decide how or if to process it further at the point of use. The wastewater goes into the city owned waste system, which also belongs to the community. Because citizens had input in its development, we have one of the most innovative and effective wastewater systems in the country using many natural means to clean the water with varying stages of wetlands before it is released. While rinsing my apples, I looked out my kitchen window at my lovely neighborhood, which looks lovely because we have a homeowners association that as a group created sensible and wise rules for how we keep our yards and manage our trash and take care of the common areas in the neighborhood.

Later I may go down to the local pool and tennis club I belong to. It is owned and managed by the membership. Our board of directors as directed by the membership creates the rules and policies by which we can all enjoy a relaxing time at the pool with our friends and neighbors.

Did I say I saw one of my favorite classic cars this weekend? It was a mid 1950s Porsche 356c. What a beauty. Oh and the sound it makes! Porsche and its Volkwagen affiliate were revived after World War 2 by the German and Austrian governments with the help of the Marshal plan and other support from the Allied countries. As a government run business it was et up to create employment, satisfy the need for cars, and to create a luxury sports car category. Volkswagen/Porsche was not privatized until 1960. It still had to follow the socialist work rules and financial constraints set up for it even after 1960. So post World War 2 German and Austrian Christian Democratic Socialism created the collector car of every capitalist’s dream.

You see, even capitalists like myself love the many wonderful benefits of socialism that I enjoy every day. So the next time someone tells you that socialism sucks or that something is wrong with socialism, ask them to explain. Because, I for one would like to know what the heck they are complaining about!