Some days it seems that everyone just wants everyone else to be just like them. I know that birds of a feather flock together and that we seek to justify our own beliefs in the beliefs of others who believe what we believe. Is that really the best way to get through the day?

Targeted advertising has caused marketers to take very specific approaches to easily identifiable groups who share predictable purchasing habits. This has exacerbated the “Everyone who does not think like I think is an idiot heretic snowflake”. Powerful political forces know exactly how to hit our hot buttons to make us think, react and vote a certain way. Pavlov would be both horrified and amused if he were able to see us today to see just how good the powers that be are at making us salivate or cower. Freud would have deeply disturbing dreams if he were alive today about how our egos and ids are so thoroughly giving us false senses of self and others. Jung would say “I told you so” as he saw the archetypes hyped to extremes. I really have no idea what I am talking about. This just sounded like a fun set of illustrations to try.

In any case, I do not want everyone to be just like me. That would be a terrible. It would be terrible if everyone wanted to go to the park and sit on picnic tables strumming their guitars and singing Kum Ba Yah. The parks would be overflowing and not a stitch of work would get done. If everyone were just like me, people would be taking naps just whenever the hell they felt like it. It would be a disaster. If everyone thought like I did, everyone would be eating so much granola that there would be a world wide shortage of oats. That would not be good. If all we had was stubborn bone headed squareheads in the world, the world would be a very miserable place.

Thank goodness there are a lot of people who are very different than I am. They keep the world turning and keep humanity moving. Granted some of them seem rather hateful and stupid at times. Thankfully not everyone is just like them. 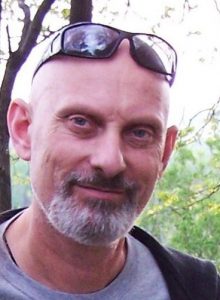 …about to sing Kum Ba Yah

Targeted advertising has caused marketers to take very specific approaches to easily identifiable groups who share predictable purchasing habits. This has exacerbated the “Everyone who does not think like I think is an idiot heretic snowflake”.